*Please scroll down for your Story, Meanwhile as a MCB user please be noted: We do not allow typical good-bad-foul comment culture in this platform, rather if you want, you may post a counter-constructive story to this story by copy/paste this post link in your next Publish screen. Moreover MCB is an open platform where anybody can moderate anybody's post.

Culture, Traditions, And Customs Of The United Arab Emirates 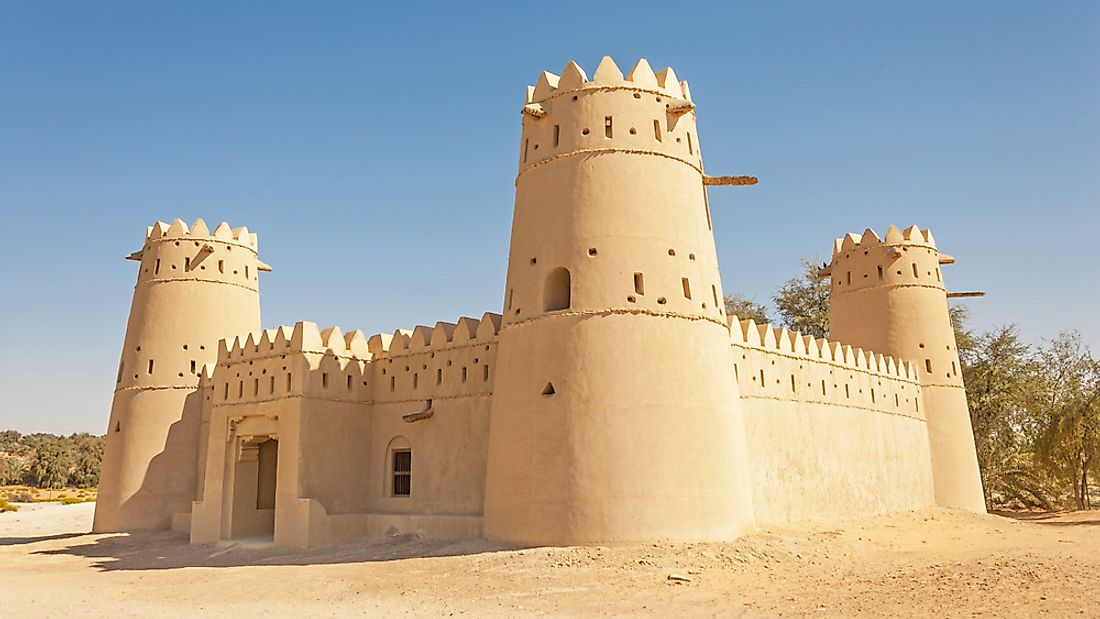 A fort in the dunes of Liwa, UAE.

Otherwise known as the Emirates, the United Arab Emirates (UAE) is a country that is situated on the western side of the Asian continent. The UAE lies in the southeastern side of the Arabian Peninsula with its neighbors being Oman, Saudi Arabia, Qatar, and Iran. The seven emirates making up the UAE are Ajman, Ras al-Khaimah, Abu Dhabi (which is the capital), Dubai, Sharjah, Umm al-Quwain, and Fujairah. Each emirate has its own ruler who governs a group of people with some diverse cultures, beliefs, and traditions. As of 2013, the combined population of the emirates stood at 9.2 million people. The rich culture and history of these people goes all the way back to around 125,000 BCE. Over the years, the UAE has had a wide range of occupants such as the British who have also played a role in shaping the culture.

Traditionally, the people of the UAE (who are known as the Emiratis) have had their staple foods as rice, meat, and, seafood. Seafood is mostly fish while mutton and lamb are the more common meats. Cultural Emirati foods include chabab bread, Lugaimat (a famous dessert), machboos, and a few others. Just like most of the other countries in the world, western culture has played a part in shaping the cuisine of the UAE. For example, fast foods are now more common than in previous times.

A number of sports are also present in the UAE. Some of them are local while others are a result of other cultures and countries. For example, Formula One racing has particularly gained popularity with most of the events happening at the Yas Marina Circuit. The circuit is popular as it is the first one to hold a Formula One race that started during the day and ended at night. Other sports include camel racing, endurance riding, golf, football, cricket, and many more. Some of the more popular football teams include Shabab Al Ahli Dubai, Al Nasr SC, Al-Sharjah, and others. Presently, the country has been confirmed as the host of the 2019 AFC Asian Cup. The cricket team is extremely popular and has a number of honors including qualification for the 1996 Cricket World Cup and the 2015 Cricket World Cup.

Being an Arab country, it is not a surprise that Islam is the most popular religion. In fact, the religion is the state religion in the Emirates. However, this does not mean that other religions like Christianity are not allowed. Data from the Pew Research Center shows that 76% of the population is Muslim with Christianity coming next with a following of 12.6%. The non-Muslims in the UAE’s population are mostly immigrants from foreign countries who have arrived in the UAE for work and business. Among the Muslims, the bigger chunk (about 97%) are Sunni while the remaining 3% are Shia Muslims. Other religions include Hinduism (6.6%), Buddhism (2%), and a few other minority religions. Despite the fact that the government does not interfere with other religions, it prohibits the spreading of non-Islamic religions through any kind of media since this is classified as proselytizing. Presently, there are more than 30 churches while Hindus have only one temple at Bur Dubai.

Just like other Arabic countries, the national language of the UAE is Arabic. The Emirati people speak the Gulf Dialect of Arabic natively. The Gulf Dialect is also spoken in other Arab countries such as the Persian Gulf in Kuwait, eastern Saudi Arabia, southern Iraq, and other regions and countries. Due to the previous occupation of the country by the United Kingdom in the past (until 1971), English is also the UAE’s primary lingua franca.

Traditionally, the Emirati wear clothes such as the abaya and the kandura. The kandura is a white shirt that has a length of up to the ankles while the abaya is a black over-garment worn by women as a headscarf. Data shows that the average man in the UAE has around 50 kanduras for changing regularly and staying immaculate. The white colors and the design of the attire are two aspects that make it suitable for the hot climate of the UAE. Western style of clothing has crept into dressing with most youths preferring western styles. However, wearing clothes that are deemed inappropriate could be a cause of being arrested in the UAE.

The poetry area of the UAE revolves around several themes and topics including satire, religion, love, family, self-praise, chivalry, patriotism, and many other things. The poems written in the UAE have had an immense influence on the culture of the Arab state since historical periods. A scholar from the 8th century who was known as Al Khalil bin Ahmed mostly influenced a huge part of the style of poetry. However, just like every other aspect of the culture, the 20th century saw the introduction of styles such as prose, which is a western style. Some of the greatest poets in the history of the UAE include Mubarak Al Oqaili, Ahmed bin Sulayem, Salem bin Ali al Owais, Sheikh Saqr Al Qasimi, Sultan bin Ali al Owais, and a few others.

The UAE is part of the tradition known as Arab khaleeji. For these people, they have a kind of music known as Yowla while the Bantu people hailing from Africa’s Great Lakes region mainly influence dances. Songs and dances are usually common in social events such as weddings and parties. Girls would mainly dance by moving their hips and hair while men perform dances reenacting past battles. All these dances are usually transmitted from one generation to another usually by word of mouth. In modern times, other forms of music have emerged with the current generation blending the past and the present. The local populace has also embraced foreign artists such as Elton John, Celine Dion, Zayn Malik, and many others.

Culture, Traditions, And Customs Of The United Arab Emirates

ShareTweet
Spread the Love & Charm just you've felt with us :)
By

*please keep in mind your post/page is always editable by the open online profile: WerMCBzen.

Edit: You're Empowered for Excellence !